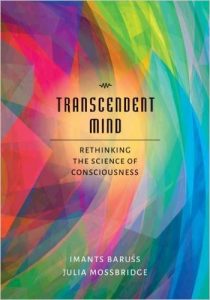 Everyone knows that consciousness resides in the brain. Or does it? In this book, Imants Barušs and Julia Mossbridge utilize findings from quantum mechanics, special relativity, philosophy, and paranormal psychology to build a rigorous, scientific investigation into the origins and nature of human consciousness. Along the way, they examine the scientific literature on concepts such as mediumship, out-of-body and near-death experiences, telekinesis, “apparent” vs. “deep time,” and mind-to-mind communication, and introduce eye-opening ideas about our shared reality. The result is a revelatory tour of the “post-materialist” world and a roadmap for consciousness research in the twenty-first century. 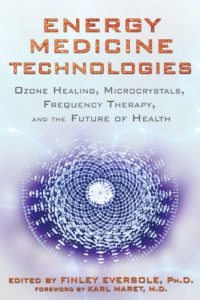 New and suppressed breakthroughs in energy medicine, ways to combat toxins and electromagnetic fields, and the importance of non-GMO foods

• Explores the use of microcrystals, ozone and hydrogen peroxide therapy, and how to tap in to healing antioxidant electrons from the Earth

Natural, nontoxic, inexpensive, and effective alternatives to conventional medicine exist, yet they have been suppressed by the profit-driven medical-pharmaceutical complex.

Presenting a compendium of some of the most revolutionary yet still widely unknown discoveries in health and energy medicine, this book edited by Finley Eversole, Ph.D., explores the use of microcrystals to harmonize the energies of body, mind, and environment; the healing effects of ozone and hydrogen peroxide therapy; ways to combat electromagnetic fields and environmental toxins; sources of disruptive energy that cause stress and health problems, including other people’s negative emotions; and how to tap in to healing antioxidant electrons from the Earth. The book reveals the scientifically proven health risks of genetically modified foods–the first irreversible technology in human history with still unknown consequences. It looks at the link between industrial farming and the precipitous rise in heart disease, cancer, diabetes, and Alzheimer’s over the past 100 years, providing a 10-point Low-Toxin Program to reduce your risk. It explores the cancer-curing electromedicine of Royal Raymond Rife and its suppression by the medical establishment as well as Nobel laureate Albert Szent-Györgi’s follow-up discovery of Frequency Therapy.

Offering a window into the holistic future of medicine, the book shows the body not simply as a biological machine to be patched and repaired but as a living organism made up of cells dynamically linked to their inner and outer environments. 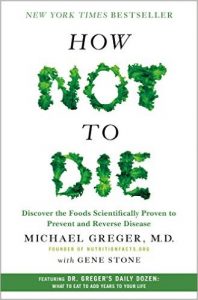 How Not to Die: Discover the Foods Scientifically Proven to Prevent and Reverse Disease

From the physician behind the wildly popular website NutritionFacts.org, How Not to Die reveals the groundbreaking scientific evidence behind the only diet that can prevent and reverse many of the causes of disease-related death.

The vast majority of premature deaths can be prevented through simple changes in diet and lifestyle. In How Not to Die, Dr. Michael Greger, the internationally-renowned nutrition expert, physician, and founder of NutritionFacts.org, examines the fifteen top causes of premature death in America-heart disease, various cancers, diabetes, Parkinson’s, high blood pressure, and more-and explains how nutritional and lifestyle interventions can sometimes trump prescription pills and other pharmaceutical and surgical approaches, freeing us to live healthier lives.

The simple truth is that most doctors are good at treating acute illnesses but bad at preventing chronic disease. The fifteen leading causes of death claim the lives of 1.6 million Americans annually. This doesn’t have to be the case. By following Dr. Greger’s advice, all of it backed up by strong scientific evidence, you will learn which foods to eat and which lifestyle changes to make to live longer.

History of prostate cancer in your family? Put down that glass of milk and add flaxseed to your diet whenever you can. Have high blood pressure? Hibiscus tea can work better than a leading hypertensive drug-and without the side effects. Fighting off liver disease? Drinking coffee can reduce liver inflammation. Battling breast cancer? Consuming soy is associated with prolonged survival. Worried about heart disease (the number 1 killer in the United States)? Switch to a whole-food, plant-based diet, which has been repeatedly shown not just to prevent the disease but often stop it in its tracks.

In addition to showing what to eat to help treat the top fifteen causes of death, How Not to Die includes Dr. Greger’s Daily Dozen -a checklist of the twelve foods we should consume every day.Full of practical, actionable advice and surprising, cutting edge nutritional science, these doctor’s orders are just what we need to live longer, healthier lives.