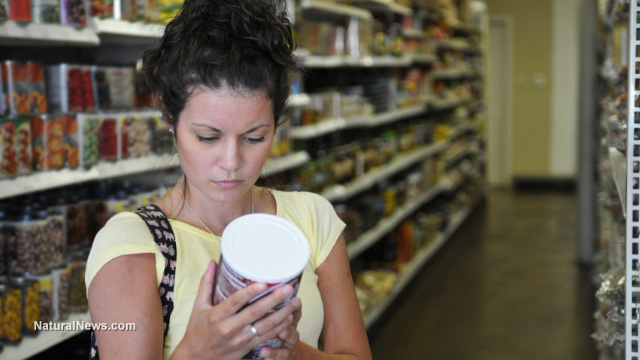 (NaturalNews) The term food preservatives sounds quite positive, and if you don’t look any deeper than the surface, it’s a good thing. It means the food that’s packaged in boxes, bags, jars and cans has a longer shelf life, before mold, mildew, bacteria and fungi kick into high gear and start breaking down the food, changing it’s structure, color and, most of all, its nutritional value. But look deeper, into the science of “preservatives,” and you will find some quite ominous information, and you will forever see the term as something that can affect your life expectancy and lead to something that starts with the letter “c” from which one in every three people suffer.

There are over 20 “cousins” of MSG, including hydrolyzed soy protein, autolyzed yeast extract, soy protein isolates and maltodextrin. They are all glutamate blockers. There are many drugs on the market that claim to treat LTD, long term depression, that block glutamate as well. The great contradiction lies in the fact that what is being treated is triggered by glutamate and aspartic acid found in aspartame. Do you think some evil pharmaceutical company came up with the idea to poison the public with a synthetic sweetener and then treat that poisoning with more chemicals? Well they did. That company was called “Searle,” and Donald Rumsfeld can tell you the story, or Google.

MSG increases blood levels of free glutamic acid, which lowers dopamine levels, affecting depression on many levels. Until recently, U.S. troops were fed MSG in MREs — the meal rations of every single meal. It was required. Perhaps all those suicides should be investigated under this light.

Sodium benzoate is a mold inhibitor found in soft drinks like Pepsi and Coke and most jarred goods like pickles and sauces. It deprives human cells of oxygen, breaking down the immune system and fueling cancerous cells to multiply and begin their “takeover.” This can be found in products that are labeled “All Natural.” Though benzoic acid is found in low levels in fruits, the kind you find in the ingredients lists that’s used as a preservative is synthesized in a lab and is carcinogenic. This additive is derived from a reaction with sodium hydroxide and gets transported to the liver, but the liver struggles to handle it. This “preservative” can completely shut down your mitochondria, invoking DNA cellular damage in this lifetime, contrary to what science believed for nearly a century. Sodium benzoate combined with vitamin C or E can cause benzene to form. That’s a whole other research paper on cancer. Some scientists believe that sodium benzoate can be tied to Parkinson’s disease. (https://www.naturalnews.com)

You see, although sodium benzoate occurs naturally in cranberries, apples and cloves, that’s only about 40 mg/kg. Used as a preservative though, you’re getting around 2,000 mg/kg. The tests that the FDA supposedly ran on the safety of sodium benzoate date back to the 1960s and 1980s — so it must all still be true, right?

Industrial food preparation and processing is the silent evil causing most human health detriment known in the USA right now. Preservative and additive are nasty, cruel words that translate into cancer for humans. Watch out for sucralose and sorbitol, both artificial sweeteners used to keep products soft longer and as emulsifiers. They cause IBS and cancer as side effects! Also watch out for BHT and BHA, as well as Big Food industry slogans like “For added freshness” and “As a preservative” — which mean your cells will be choking. Don’t choke your cells. Don’t eat cancer and it won’t eat you.