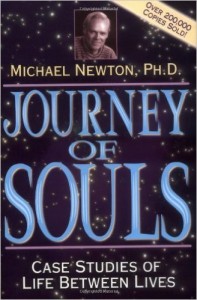 Journey of Souls: Case Studies of Life Between Lives

Learn the latest details and most recent groundbreaking discoveries that reveal, for the first time, the mystery of life in the spirit world after death on Earth—proof that our consciousness survives—in Journey of Souls by Michael Newton, Ph.D.

Using a special hypnosis technique to reach the hidden memories of subjects, Dr. Newton discovered some amazing insights into what happens to us between lives. Journey of Souls is the record of 29 people who recalled their experiences between physical deaths. Through their extraordinary stories, you will learn specifics about:

Journey of Souls is a graphic record or “travel log” by these people of what happens between lives on Earth. They give specific details as they movingly describe their astounding experiences.

After reading Journey of Souls, you will gain a better understanding of the immortality of the human soul. You will meet day-to-day challenges with a greater sense of purpose. You will begin to understand the reasons behind events in your own life. 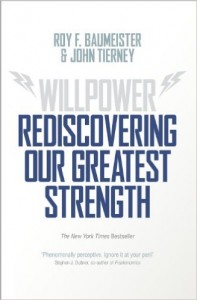 Can you resist everything except temptation? In a hedonistic age full of distractions, it’s hard to possess willpower – or in fact even understand why we should need it. Yet it’s actually the most important factor in achieving success and a happy life, shown to be more significant than money, looks, background or intelligence. This book reveals the secrets of self-control.

For years the old-fashioned, even Victorian, value of willpower has been disparaged by psychologists who argued that we’re largely driven by unconscious forces beyond our control. Here Roy Baumeister, one of the world’s most esteemed and influential psychologists, and journalist John Tierney, turn this notion on its head. They show us that willpower is like a muscle that can be strengthened with practice and improved over time. The latest laboratory work shows that self-control has a physical basis to it and so is dramatically affected by simple things such as eating and sleeping – to the extent that a life-changing decision may go in different directions depending on whether it’s made before or after lunch. You will discover how babies can be taught willpower, the joys of the to-don’t list, the success of Alcoholics Anonymous, the pointlessness of diets and the secrets to David Blaine’s stunts. There are also fascinating personal stories, from explorers, students, soldiers, ex-addicts and parents.

Based on years of psychological research and filled with practical advice, this book will teach you how to gain from self-control without pain, and discover the very real power in willpower. The results are nothing short of life-changing. 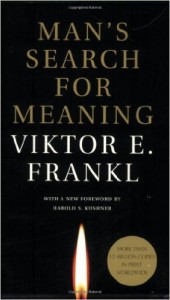 Psychiatrist Viktor Frankl’s memoir has riveted generations of readers with its descriptions of life in Nazi death camps and its lessons for spiritual survival. Between 1942 and 1945 Frankl labored in four different camps, including Auschwitz, while his parents, brother, and pregnant wife perished. Based on his own experience and the experiences of others he treated later in his practice, Frankl argues that we cannot avoid suffering but we can choose how to cope with it, find meaning in it, and move forward with renewed purpose. Frankl’s theory-known as logotherapy, from the Greek word logos (“meaning”)-holds that our primary drive in life is not pleasure, as Freud maintained, but the discovery and pursuit of what we personally find meaningful.