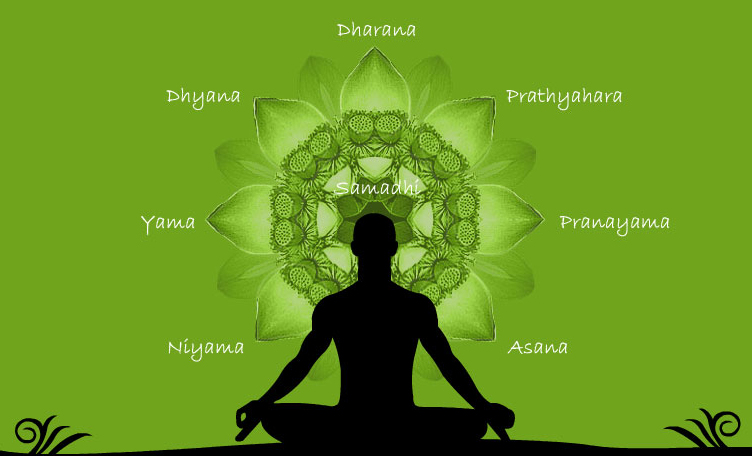 The Yoga Sutras of Patanjali refers to eight limbs of yoga, each of which offers guidance on how to live a meaningful and purposeful life.

When you hear the word ‘yoga’, what’s the first thing that springs to mind? Type the word ‘yoga’ into a search engine and you’ll be met with a host of studios, blogs, clothing companies, retreat centers, and articles about why we should all be doing it.

Although yoga is now benefiting millions of people worldwide, the general idea of exactly what yoga is has changed drastically from the way it was originally practiced.

The word ‘yoga’ means to connect, unite or ‘yoke’. The thing we look to connect to is the true Self, also known as the ‘divine essence’, ‘ultimate self’, or atman. You might also think of this as the soul. If that way of thinking doesn’t resonate with you, then consider that the word yoga can also mean separation or disentanglement. The thing we’re disentangling from is whatever stops us from feeling free, as the ultimate goal of any yoga practice is to attain moksha, meaning liberation or freedom.

So how does one go about attaining freedom? Does it come at the cost of an expensive pair of yoga pants? Can you reach it by signing up to a detox retreat or finally touching your toes? Probably not….

In the context of Patanjali’s Yoga Sutras, there are 8 steps leading to liberation, known as the ‘Ashtanga Yoga System’ or ‘8 Limbs of Yoga’ (the word ‘ashta’ means ‘eight’ and ‘anga’ means ‘limb’). To get an idea of the journey of yoga, it can be helpful to first get an overview of how we travel there….

The 8 Limbs of Yoga

This first limb usually refers to vows, disciplines or practices that are primarily concerned with the world around us, and our interaction with it. While the practice of yoga can indeed increase physical strength and flexibility and aid in calming the mind, what’s the point if we’re still rigid, weak and stressed-out in day-to-day life?

Yoga is a practice of transforming and benefitting every aspect of life, not just the 60 minutes spent on a rubber mat; if we can learn to be kind, truthful and use our energy in a worthwhile way, we will not only benefit ourselves with our practice, but everything and everyone around us too.

In BKS Iyengar’s translation of the sutras ‘Light On The Yoga Sutras’, he explains that Yamas are ‘unconditioned by time, class and place’, meaning no matter who we are, where we come from, or how much yoga we’ve practiced, we can all aim to instill the Yamas within us.

The second limb usually refers to duties directed towards ourselves, but can also be considered with our actions towards the outside world. The prefix ‘ni’ is a Sanskrit verb which means ‘inward’ or ‘within’.Niyamas are traditionally practiced by those who wish to travel further along the Yogic path, and are intended to build character. Interestingly, the Niyamas closely relate to the Koshas, our ‘sheaths’ or ‘layers’ leading from the physical body to the essence within. As you’ll notice, when we work with the Niyamas – from saucha to isvararpranidhana – we are guided from the grossest aspects of ourselves to the truth deep within.

There are five Niyamas, including saucha (cleanliness), santosha (contentment), tapas (discipline or burning desire or conversely, burning of desire), svadhyaya (self-study or self-reflection, and study of spiritual texts), and isvarapranidaha (surrender to a higher power).

The physical aspect of yoga is the third step on the path to freedom, and if we’re being honest, the word asana doesn’t refer to the ability to perform a hand stand or an aesthetically impressive backbend, it means ‘seat’ – specifically the seat you would take for the practice of meditation. The only alignment instruction Patanjali gives for this Asana is “sthira sukham asanam”,the posture should be steady and comfortable.

While traditional texts like the Hatha Yoga Pradipika list many postures such as Padmasana (lotus pose) and Virasana (hero pose) suitable for meditation, this text also tells us that the most important posture is in fact sthirasukhasana – meaning, ‘a posture the practitioner can hold comfortably and motionlessness’.

The idea is to be able to sit in comfort so we’re not ‘pulled’ by aches and pains of the body, or restlessness due to an uncomfortable position. Perhaps this is something to consider in your next yoga class if you always tend to choose the ‘advanced’ posture offered, rather than the one your body is able to attain: “In how many poses are we really comfortable and steady?”

The word Prana refers to ‘energy’ or ‘life source’. It can be used to describe the very essence that keeps us alive, as well as the energy in the universe around us. Prana also often describes the breath, and by working with the way we breathe, we affect the mind in a very real way.

The physical act of working with different breathing techniques alters the mind in a myriad of ways – we can choose calming practices like Chandra Bhadana (moon piercing breath) or more stimulating techniques such as Kapalabhati (shining skull cleansing breath).

Each way of breathing will change our state of being, but it’s up to us as to whether we perceive this as ‘controlling’ the way we feel or ‘freeing’ ourselves from the habitual way our mind may usually be.

Pratya means to ‘withdraw’, ‘draw in’ or ‘draw back’, and the second part ahara refers to anything we ‘take in’ by ourselves, such as the various sights, sounds and smells our senses take in continuously. When sitting for a formal meditation practice, this is likely to be the first thing we do when we think we’re meditating; we focus on ‘drawing in’. The practice of drawing inward may include focussing on the way we’re breathing, so this limb would relate directly to the practice of pranayama too.

The phrase ‘sense withdrawal’ could conjure up images of the ability to actually switch our senses ‘off’ through concentration, which is why this aspect of practice is often misunderstood.

Instead of actually losing the ability to hear and smell, to see and feel, the practice of pratyahara changes our state of mind so that we become so absorbed in what it is we’re focussing on, that the things outside of ourselves no longer bother us and we’re able to meditate without becoming easily distracted. Experienced practitioners may be able to translate pratyahara into every day life – being so concentrated and present to the moment at hand, that things like sensations and sounds don’t easily distract the mind.

Dharana means ‘focussed concentration’. Dha means ‘holding or maintaining’, and Ana means ‘other’ or ‘something else’. Closely linked to the previous two limbs; dharana and pratyahara are essential part of the same aspect. In order to focus on something, the senses must withdraw so that all attention is put on that point of concentration, and in order to draw our senses in, we must focus and concentrate intently.  Tratak (candle gazing), visualisation, and focussing on the breath are all practices of dharana, and it’s this stage many of us get to when we think we’re ‘meditating’.

The seventh limb is ‘meditative absorption’ – when we become completely absorbed in the focus of our meditation, and this is when we’re really meditating. All the things we may learn in a class, online or from a teacher are merely techniques offered to each person in order to help them settle, focus and concentrate, the actual practice of meditation is definitely not something we can actively ‘do’, rather it describes the spontaneous action of something that happens as a result of everything else. Essentially; if you are really meditating, you won’t have the thought ‘oh, I’m meditating!’…. (sound familiar?)

Many of us know the word samadhi as meaning ‘bliss’ or ‘enlightenment’, and this is the final step of the journey of Patanjali’s Yoga Sutras. After we’ve re-organised our relationships with the outside world and our own inner world, we come to the finale of bliss.

When we look at the word samadhi though, we find out that ‘enlightenment’ or ‘realisation’ does not refer to floating away on a cloud in a state of happiness and ecstasy…. Sorry.

Breaking the word in half, we see that this final stage is made up of two words; ‘sama’ meaning ‘same’ or ‘equal’, and ‘dhi’ meaning ‘to see’. There’s a reason it’s called realisation – and it’s because reaching Samadhi is not about escapism, floating away or being abundantly joyful; it’s about realising the very life that lies in front of us.

The ability to ‘see equally’ and without disturbance from the mind, without our experience being conditioned by likes, dislikes or habits, without a need to judge or become attached to any particular aspect; that is bliss.

Just as Meister Ekhart used the word isticheit meaning ‘is-ness’ as referring to the pure knowledge of seeing and realising just ‘what is’, this stage is not about attaching to happiness or a sensation of ‘bliss’, but instead it’s about seeing life and reality for exactly what it is, without our thoughts, emotions, likes, dislikes, pleasure and pain fluctuating and governing it. Not necessarily a state of feeling or being, or a fixed way of thinking; just pure ‘I – am – ness’.

There’s just one catch though – Samadhi isn’t a permanent state…. Patajali’s Yoga Sutras importantly tell us that unless we are completely ready, without ‘impressions’ such as attachment, aversion, desires and habits, and with a completely pure mind, we will not be able to maintain the state of Samadhi for long.

“Even after acquiring all these states, you can come back as an ordinary person because the impressions are still there. All your desires are still in the seed form, not completely fried, because you have not completely purified the mind. That is why you should make the mind pure before you practice deep meditation. It is all well and good to learn the different methods of meditation and the experiences that could come to you,. But if you are really serious about this business and really want to go deep into meditation, take care to have a clean mind. Otherwise, you are not going to get it. “

Once the mind is pure and we truly do experience a state of Samadhi we can keep hold of, we attain moksha, also known as mukti, meaning a permanent state of being liberated, released and free.