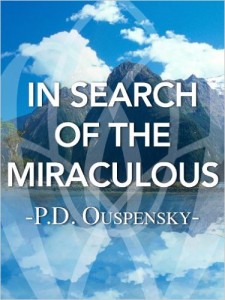 In Search of the Miraculous

Since its original publication in 1949, In Search of the Miraculous has been hailed as the most valuable and reliable documentation of G. I. Gurdjieff’s thoughts and universal view. This historic and influential work is considered by many to be a primer of mystical thought as expressed through the Work, a combination of Eastern philosophies that had for centuries been passed on orally from teacher to student. Gurdjieff’s goal, to introduce the Work to the West, attracted many students, among them Ouspensky, an established mathematician, journalist, and, with the publication of In Search of the Miraculous, an eloquent and persuasive proselyte.

Ouspensky describes Gurdjieff’s teachings in fascinating and accessible detail, providing what has proven to be a stellar introduction to the universal view of both student and teacher. It goes without saying that In Search of the Miraculous has inspired great thinkers and writers of ensuing spiritual movements, including Marianne Williamson, the highly acclaimed author of A Return to Love and Illuminata. In a new and never-before-published foreword, Williamson shares the influence of Ouspensky’s book and Gurdjieff’s teachings on the New Thought movement and her own life, providing a contemporary look at an already timeless classic. 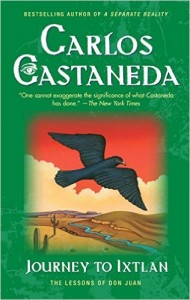 Journey to Ixtlan: The Lessons of Don Juan

In Journey to Ixtlan, Carlos Castaneda introduces readers to this new approach for the first time and explores, as he comes to experience it himself, his own final voyage into the teachings of don Juan, sharing with us what it is like to truly “stop the world” and perceive reality on his own terms.

Originally drawn to Yaqui Indian spiritual leader don Juan Matus for his knowledge of mind-altering plants, bestselling author Carlos Castaneda immersed himself in the sorcerer’s magical world entirely. Ten years after his first encounter with the shaman, Castaneda examines his field notes and comes to understand what don Juan knew all along—that these plants are merely a means to understanding the alternative realities that one cannot fully embrace on one’s own. 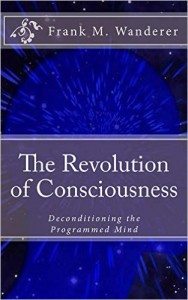 The Revolution of Consciousness: Deconditioning the Programmed Mind