The Innocence of Objects
by

The culmination of decades of omnivorous collecting, Orhan Pamuk’s Museum of Innocence in Istanbul uses his novel of lost love, The Museum of Innocence, as a departure point to explore the city of his youth. In The Innocence of Objects, Pamuk’s catalog of this remarkable museum, he writes about things that matter deeply to him: the psychology of the collector, the proper role of the museum, the photography of old Istanbul (illustrated with Pamuk’s superb collection of haunting photographs and movie stills), and of course the customs and traditions of his beloved city. 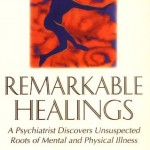 Psychiatry remains an emerging discipline. Many people suffer from ailments that have no apparent cause, no obvious cure. Quite by accident, while using hypnotherapy, Dr. Modi discovered that past-life regression can be a beneficial treatment. Many of these patients, under hypnosis, claimed to have spirits attached to their bodies and energy fields, creating psychological and physical problems. Based on years of experience, Dr. Modi describes techniques that release these spirits, revealing how patients can sometimes recover within a few sessions. 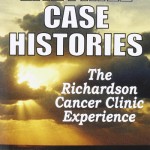 Here are 62 case histories proving beyond any doubt that Laetrile (Vitamin B17) works in the control of cancer. These are not anecdotal stories or cases of people who never had cancer in the first place. Each history is authenticated by a firm diagnosis and meticulous medical documentation.

This new, updated and revised edition includes a follow up 30 years after the patients were diagnosed with incurable cancer. Proof is in the actual life-span of these people who, previously, had been told by their doctors that they had just a few months or weeks to live.

This book also recounts the personal battle of Dr. John Richardson who incurred the wrath of orthodox medicine when he and his patients elected to use vitamin therapy instead of surgery, drugs, and radiation as the treatment of choice.