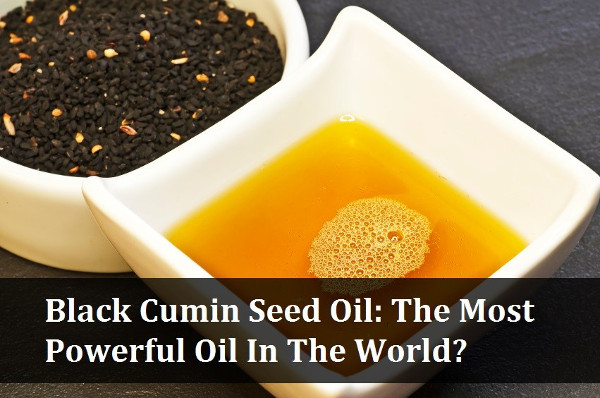 (NaturalNews) According to Dr. Gary Null of the Progressive Radio Network (http://www.progressiveradionetwork.com), “Black cumin oil is probably the single most important oil you can put in your system. Every time you take black cumin you are stimulating your immune system to fight on your behalf and increase natural killer cells.” Null was referring to its ability to improve the immune system, treat cancer and HIV successfully. No truer words were ever spoken. Black cumin is also known as Nigella sativa, black seeds and kalonji and has been healing maladies of the body for more than 2,000 years.

Although black cumin has been used for centuries, only during the last 40 years has the true potential of this remedy been realized. Originally, black cumin was used mainly for migraines, asthma and allergies. It has now been shown to be successful in stimulating the immune system, treating HIV and healing cancer tumors. These are three of the most worrisome problems people are faced with today, except for heart disease which black cumin has been shown to treat also.

When you look at the broad term “immunity,” auto-immune diseases should also be included. These little black seeds have shown to improve the immune system by 72 percent in as few as four weeks. Two studies were done in 1987 at the I.I.M.E.R. in Panama City, Florida to verify the immune building effects of black cumin. The volunteer groups were given one gram of black cumin twice a day or a placebo. After four weeks, the end results showed a 72 percent increase in T-cell ratios and cell functional activity in most participants.

Black cumin is now a viable option to treat and/or heal people afflicted with auto-immune diseases which are a leading cause of death and disability for many. In 2010, there were approximately 23.5 million Americans afflicted with auto-immune diseases which include more than 80 serious diseases. Some of the types are rare and some quite common like rheumatoid arthritis, lupus, Celiac disease and Crohn’s disease.

Dr. Hwyda Arafat at the Kimmel Cancer Center at Jefferson conducted several studies using Nigella sativa (black cumin) to treat pancreatic cancer. The results were astounding with an 80 percent cancer tumor cell death. Pancreatic cancer is the fourth leading cause of cancer deaths in America with an overall 4.6 percent survival rate over a five-year period. Dr. Arafat went on to say, “Nigella sativa helps treat a broad array of diseases, including some immune and inflammatory disorders. Previous studies also have shown anticancer activity in prostate and colon cancers, as well as antioxidant and anti-inflammatory effects.”

How to take black cumin and dosage requirements

It is imperative to purchase organic, cold pressed oil that is free of additives. To improve your immune system, take one teaspoon daily mixed with raw honey or fresh juice one hour before breakfast. For cancer, take three teaspoons daily in divided doses combined with a healthy cancer diet and exercise program. Both immune problems and cancer are treated with the addition of fresh garlic. Black cumin should be taken daily as a preventative measure for all diseases.

Sources for this article include: