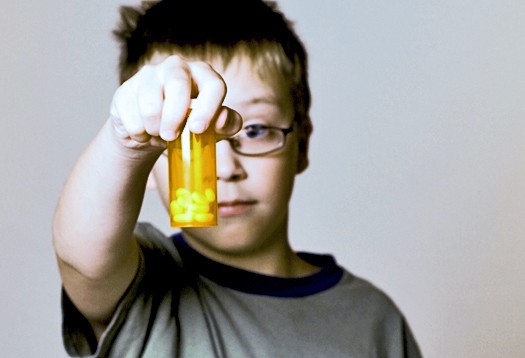 The number of children diagnosed with attention deficit hyperactivity disorder (ADHD) has risen by over 41 percent in the last decade, making it the most commonly diagnosed childhood disorder in the U.S. Apart from conventional treatments for the condition, researchers are looking into plant-based compounds called oligomeric proanthocyanidins (OPCs) as possible alternatives.

As implied by its name, ADHD is a disorder that prevents a person from controlling impulsive behaviors and paying attention. The condition is characterized by restlessness and constant activity. Although it is diagnosed during childhood, its symptoms can persist even until adulthood.

There are conventional treatments for the condition, the most common of which is the administration of methylphenidate or amphetamine. These are stimulant drugs that result in the release of dopamine in the patient’s brain. Unfortunately, this approach’s effects are not only short-term, they also work for only 30 percent of patients with ADHD.

Another concerning fact about conventional treatments for the disorder is the presence of side effects caused by the drugs, some of which are severe. These adverse effects can include sleep problems, headaches, stomachaches, decreased appetite, moodiness, and the development of certain tics. Patients may also exhibit delayed growth as a result of taking the drugs.

Some studies have indicated that some patients may respond well to neurofeedback, an approach that “trains” the brain to behave normally. Some researchers have reported that patients who undergo the treatment exhibit improved executive control and reduced hyperactivity and attention deficit symptoms. As per some researchers, these effects are comparable to those provided by medications, albeit without the side effects.

The main problem with neurofeedback is that it is far too costly and time-consuming. These factors may discourage many patients from going through the treatment or seeing it through to completion.

OPCs are seen as a more cost-effective approach to treating ADHD. These are phenolic compounds that are typically present in plant pigment, usually in fruits such as cranberries, blueberries, and grapes, although they are also found in grapeseed, gingko biloba, plums, peaches, and pine bark. Like most phenols, the main role of OPCs is to protect the plant from harmful factors in their environment.

The history of the usage of OPCs spans thousands of years, with healers in China and India using tea and other herbal treatments rich in the compounds to relax patients and treat disorders of the mind. Modern research suggests OPCs work by stimulating the parts of the brain that govern executive functioning. This effect is what is seen to be most beneficial for people with ADHD.

In some tests, patients reported improvements in their ability to pay attention, as well as their focus and social interactions after receiving OPC supplements. When observed through an EEG, the changes were noted to have been similar to those observed in patients who went through neurofeedback. (Related: The dangers of psychiatric drugs – are we becoming a drugged-up nation?)

Other brain benefits of OPCs

The benefits of OPCs go beyond treating the symptoms of ADHD. They contribute to brain health in several ways: