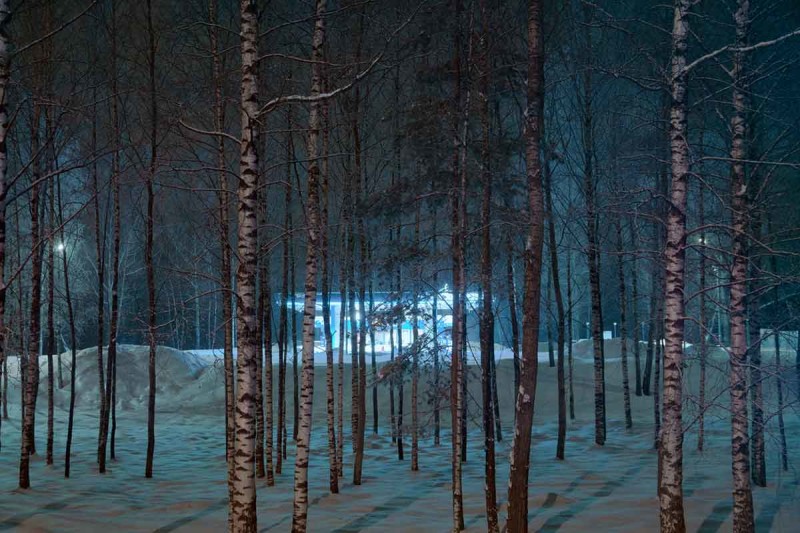 They don’t snore, but might creak during their slumbers. For the first time, trees have been shown to undergo physical changes at night that can be likened to sleep, or at least to day-night cycles that have been observed experimentally in smaller plants.

Branches of birch trees have now been seen drooping by as much as 10 centimetres at the tips towards the end of the night.

“It was a very clear effect, and applied to the whole tree,” says András Zlinszky of the Centre for Ecological Research in Tihany, Hungary. “No one has observed this effect before at the scale of whole trees, and I was surprised by the extent of the changes.”

Zlinszky and his colleagues scanned trees in Austria and Finland with laser beams between sunset and sunrise. From the time it takes beams to bounce back from branches and leaves, they could measure the movements of each tree, in three dimensions and at resolutions of centimetres.

Drooping in the dark

“The experiment is the first of its kind,” says team-member Eetu Puttonen of the Finnish Geospatial Research Institute in Masala. “These studies have only been done before in small plants, but here, it was possible to do it outside in fully grown trees.”

The team scanned two birch trees, one in Finland and one in Austria, each over the course of a single night. They made 11 scans of the Finnish tree, approximately one per hour, and 77 of the Austrian tree, around one every 10 minutes. Puttonen says they used laser scanning, rather than observing movement photographically, so they didn’t have to illuminate the trees with light that could have affected the outcome. 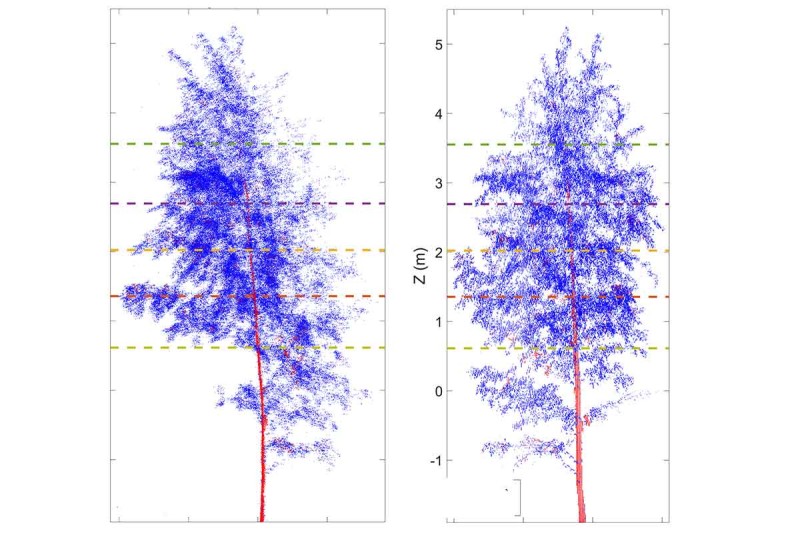 Scanning was done on calm nights to avoid wind effects, and at the solar equinox in both countries to ensure the length of night roughly the same. “We’re certain it’s not caused by another effect,” says Norbert Pfeifer of the Technical University of Vienna in Austria, another team member.

The drooping effect is probably caused by loss of internal water pressure within plant cells, a phenomenon called turgor pressure. “It means branches and leaf stems are less rigid, and more prone to drooping under their own weight,” says Zlinszky.

Turgor pressure, in turn, is influenced by photosynthesis, the process by which plants use sunlight to create sugar from carbon dioxide and water. Photosynthesis stops in the dark, so this in itself may explain why the branches droop, says Zlinszky.

The trees may also be “resting” their branches. During the day, branches and leaves are angled higher, allowing leaves to catch more sunlight, because there’s less self-shading from leaves above. But this is energy-intensive and serves no purpose at night, when there’s no light.

So is the drooping deliberate, dictated by an active sleep-night cycle, or passive, dictated by differences in the availability of water and light? “This remains to be decided,” says Zlinszky.

Next, the team hopes to see whether other tree species “sleep”. “I’m confident it will apply to other trees,” says Zlinszky. The ideal targets would be poplars and chestnut trees, because researchers have decoded the genomes of both and identified genes linked with circadian rhythms, which could help them see which genes are involved in the behaviour.

“There have been some studies on circadian rhythms in trees, mostly studying gene expression, but this latest research is a beautiful way to watch it happen in individual trees,” says C. Robertson McClung of Dartmouth College in Hanover, New Hampshire. “It shows things are happening in the real world.”

McClung says that studies in sunflowers have tied circadian rhythm to the ability of water to travel in the plant’s stem. “The water supply might underlie the effects seen,” he says. “It’s reasonable to suspect that it’s not just the water supply, but that the ability of the plant to transport it might be controlled by the plant itself.” One possibility to explore the underlying mechanisms might be controlled experiments on smaller birch trees in greenhouses, he says.

Knowing more about how trees manage their water budgets could have practical benefits. Trees are easier to fell, for example, if the wood is drier. Likewise, insights into how trees manage water could help climatologists understand better the effects of forests on climate change and weather.