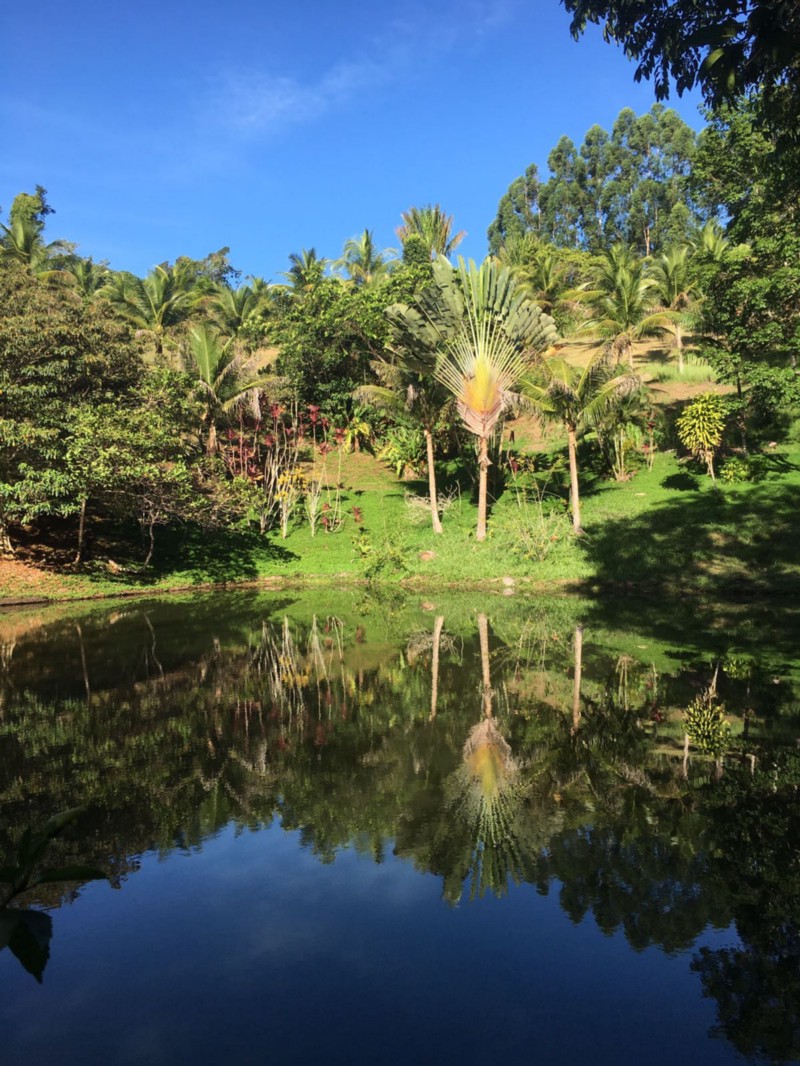 I am a 30 year old Brazilian living in Switzerland. My first Ayahuasca retreat was in 2015 at the Spirit Vine Center in Brazil. In this retreat I had such a profound and transcendental experience that when I came back to Europe I wanted to continue drinking Ayahuasca. In Switzerland I had the opportunity to join a European organization for a weekend with the plan to have two Ayahuasca ceremonies, but I left after the first ceremony, because it was very disappointing and unproductive.

Not only were the organizers of this weekend poorly prepared, this experience in Europe also did not have the sacred jungle around which is the home of Mother Ayahuasca. I realized then that we need to give Ayahuasca more time and preparation. We need to do the proper diet and to work with experienced and reliable facilitators. This place in Europe didn’t offer a safe set and setting, so I decided to come back to Spirit Vine. Even though it is a bit more expensive, it is way more effective and life changing and absolutely worth investing the money for the returns received.

I recently completed my third retreat there. The primary intention I asked Ayahuasca was to show me the origin of my clingy and obsessive nature, and to help me heal this pattern of behavior. This pattern is to feel anxiety and worry in advance, in this particular case worrying that I will not feel the effects of Ayahuasca even though I was taking the largest dose.

When I feel anxious my chest burns and it had been burning for the past few days from a conflict at work. I was also worried that I wasn’t going to feel anything in this ceremony. While other participants in my group started feeling Ayahuasca in less than half an hour, it took 2 hours for me to start feeling some light but beautiful visuals of yellow and orange colors with fractals of African design. The Ayahuasca brew at Spirit vine is made with the plants they grow there and it is very strong as I had seen in previous experiences.

I was the only one who asked for a booster, because I felt very much present in the room and the effect was light. I was worried that it wouldn’t go deeper without the booster. The others had been deep in the experience for more than an hour already, and seeing this made me more anxious about why nothing was happening to me. After the booster the effect changed a bit, but wasn’t as beautiful anymore and all of a sudden it stopped.

I felt sober as if I had drunk nothing. So I waited about 30 minutes and asked Silvia for a second booster, but she reminded me about my pattern of behavior, that I always want more. In that moment Ayahuasca was amplifying this loop for me to see, and taking another booster will not help me break this loop because Ayahuasca is teaching in this way. I always feel I don’t get enough and want more.

The other facilitator Rohan also talked to me and made me aware that it wasn’t me asking for more, it was a mask I was wearing. This mask was a representation of the unresolved part of me that is always unsatisfied and this was my opportunity to break free from it. I needed to find my true self and expel whatever didn’t belong in my body.

After a while of insisting in trying to convince the facilitators, and then realizing they are so firm in not giving me another booster, with their help I could bring some of my true essence from behind the mask and from behind my doubts onto the foreground and was able to have faith in Silvia and Rohan’s care for me, so I finally accepted their guidance. This veil had been clouding my understanding, and through my essence I was able to trust Silvia and Rohan. In other occasions I had received a second booster, but this time I had to learn a new lesson.

I said to myself, “What if I am the one feeding this entity, or this part of myself, creating doubt and feeling endless pain? It means that I am the one empowering it, choosing to believe it and creating anxiety.” So I went back to my mattress and I chose to do something different and trust that Ayahuasca was working even if it was not in the way I wanted. After talking with the facilitators I trusted that I was getting what I needed.

I asked Ayahuasca and the little doctors (the spirit healers that come when you drink Ayahuasca during the ceremony) to help me and I sent this blocking entity that keeps me in the loop to a pyramid to send it to a hospital in another dimension for healing (we practiced this technique in the workshop with Silvia that afternoon).

This entity was big and it didn’t want to leave my body. It kept lying to me saying that I wasn’t able to live without it, that I’d never know what it means to have no chest pain (emotional pain).

But when I recognized it was a lie and I was able to perceive this monster for what it was, it suddenly became so small that I was able to trap it to send it away and that’s when I started feeling the full power of Ayahuasca (in the way I wanted). I realized that the lesson I had to learn was to set boundaries, to stop looking for more endlessly, and to start appreciating what I have in the moment.

I started having wonderful feelings of love and happiness and I was smiling a lot and that was making the entity weaker until I was able to completely vomit it out of me.

After I was cleansed from it, Ayahuasca took me into the deepest journey I’ve ever had. It took me out of this dimension and I was in a place without time, able to observe our dimension from the outside. I understood the meaning of birth, death and reincarnation, and that past, present and future, take place at the very same time.

I understood how we create reality and why we keep repeating some patterns even over multiple lifetimes.

I felt that I understood and knew how to achieve anything that I want, how to even become immortal in our dimension and have health, abundance, and wisdom.

I understood the illusion of everything that we perceive as reality, which in turn does feel very real and so we perceive it as such, but which in its nature is very virtual — like a computer program.

Ayahuasca told me how this information in the wrong hands could be used for evil and exploitation of people, but I knew that I was being given this information, because my intention and purpose is to share this to help people.

I understood the nature of energies and also sexuality.

This journey felt very pleasant, like a long orgasm, feeling the oneness, and it made me understand this is what we feel when we have an orgasm — this is what people are looking for in sex. Orgasms take us to the same place, in which the ego does not exist, but only for a brief moment and with less awareness.

I understood that Ayahuasca is the forbidden fruit described in the bible and that the serpent is in fact not our enemy. It’s our kundalini awakening us to the truth, which I felt was God-like knowledge, and that the God described in the bible as prohibiting Adam and Eve to eat from the tree of knowledge represents in fact the forces trying to keep us from reconnecting with the source directly.

I understood that once you access all that information you’ll never be the same again.

Once you get in touch with this kind of experience you want to continue developing yourself and want to go deeper. Ayahuasca explained to me, however, that drinking the tea is the key to learn the way, but that the goal of this teaching is to achieve this level of consciousness on our own by developing discipline, dedication, and pursuing meditation. Ayahuasca is the guide and the teacher, but we can also achieve that level of consciousness ourselves without drinking the tea.

This place that I observed and perceived as the fifth dimension was what we call the fountain of youth or the Holy Grail and I understood what it meant — we’re capable of immortality.

I saw myself for the first time in my life as a strong, beautiful, and intelligent adult man who has the potential to become very healthy, prosperous and inspirational.

I felt myself as being very solid, strong, assertive, and loving.

I thought deeply about all the people that I love and Ayahuasca showed me how to express my love in a more subtle manner that will attract people to me, rather than openly showing my feelings all at once and scaring them away.

There was healing in other areas of my life too, areas that I felt disconnected or ashamed of during my youth, which now I can fully accept and embrace with a lot of excitement. I will write about this feeling of shame and disconnection in another article.

Finally I learned that if we drink Ayahuasca it is not to look for a shortcut. It is better to dedicate a minimum of one week of your life and do a proper diet. She guided me but I was the one who did the job, I was the one who overcame the barrier instead of looking for a savior. It is not always pleasant but very productive and in the end you feel empowered and full of bliss.