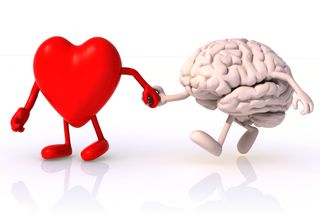 Amazing new discoveries have revealed that the heart organ is intelligent. Sometimes our heart can lead the brain both in our interpretation of the external world as well as in the actions we chose to take. A large number of case studies was enough to prompt scientists to examine the heart with a different lens. They began by testing old theories that claim that the heart is involved in our feelings, emotions, and premonitions.

Since cardiac surgeon Christian Barnard’s first successful human heart transplant in South Africa in 1967, heart transplant recipients have had some intriguing experiences. Some of these events were so strange that recipients sought to meet the families of their donors to find out what was happening to them. The question was could the patients have inherited certain behavioral and character traits through cellular memories from the heart of their donors? The following anecdotes are only a few of the many cases reported as evidence of something extraordinary happening to heart transplant recipients:

Science has attempted to explain why organ recipients are hosts to donors’ memories and emotions, also known as “cellular memories”. While a handful of scientists are skeptical and dismissing this strange phenomenon as post-surgery stress or reaction to anti-organ rejection drugs, there are also a growing number of experts who believe cellular memories are indeed transplanted from donor to recipient with organs.

Other medical experts offer different explanations, but they all agree that the phenomenon being observed is more science than mystical—a science that needs further exploration.

Professor Gary Schwartz of the University of Arizona claims that feedback mechanisms are involved in learning. He suggests that organs retain cellular memories and that every organ in the body appears to do so. When we talk, for example, about how the brain learns, we are talking about what we call neural networks in the brain. As it turns out, the way a neural network works is that the output of the neurons feeds back into the input of the neurons. This process continues over and over again. As long as the feedback is present, the neurons will learn. If you cut the feedback, there is no learning in the neurons.

What Is Feedback Memory?

The implication of Schwartz’s claims is that it’s important for the neurons to have the feedback for the learning to take place. By extension, any system that has feedback is going to learn. We learn to shoot a ball into a basketball net by getting feedback about whether we are accurate or not. We learn to speak by getting feedback about whether we’re accurate or not. Consequently, any system of cells that has feedback mechanisms in a network is going to learn the same way that neurons learn. This process is called feedback memory.

The Little Brain in the Heart

Neurologist Dr. Andrew Armour from Montreal in Canada discovered a sophisticated collection of neurons in the heart that organized into a small, complex nervous system. The heart’s nervous system contains around 40,000 neurons called sensory neurites that communicate with the brain. Dr. Armour dubbed this discovery as the “Little Brain in the Heart”. Memory is a distributive process which means you can’t localize it to a neuron or a group of neurons in the brain. The memory itself is distributed throughout the neural system. So, why do we draw a line at the brain? Maybe it’s time we distinguish the functions of the brain and what we call the mind.

What Is the Mind?

The mind is considered the center of our consciousness. Historically, scientists tried to describe the mind as a byproduct of regular brain functions. The brain was considered to be the physical substance, and the mind was a conscious byproduct of it’s activity. However, an increasing amount of evidence suggests that the mind goes beyond the confines of our skulls.

The Mind Is Not Located Solely in the Brain
The late Dr. Candace Pert, a pharmacologist for Georgetown University, explained the strange transplant experiences. She claimed that The mind exists throughout the body and that, “The mind and body communicate with each other through chemicals known as peptides.” Peptides are found in the brain as well as in the stomach, in muscles and in all of our major organs. Dr. Pert believed that memory could be accessed anywhere in the peptide receptor network. For example, a memory associated with food can be linked to the pancreas or liver, and such associations can be transplanted from one person to another.

Dan Siegel, a professor of psychiatry at UCLA School of Medicine describes the mind as, “the emergent self-organizing process, both embodied and relational, that regulates energy and information flow within and among us.” This definition supports the claim that the mind extends beyond our brains and perhaps even our physical bodies entirely. This is because our mind is both our perception of experiences and those experiences themselves. Siegel argues that it’s impossible to disentangle our subjective view of the world from our interactions.

The Enteric Nervous System: The Brain in Your Gut

The human gut has been referred to by scientists as the “enteric nervous system.” It is the only organ with its own independent nervous system, a sophisticated network of 100 million neurons embedded in the gut wall and your gastrointestinal tract from the esophagus to the rectum.

Bacteria in the gut produces hundreds of neurochemicals that the brain utilizes to control basic physiological processes and cognitive functions such as thinking, memory, and mood. Take serotonin for example. Serotonin is a chemical that influences digestion and mood states. It turns out that gut bacteria produces more than 90% of the serotonin in our bodies.

Our stomach’s versatile ability to communicate with the brain and its pivotal role in protecting the body against the dangers of our external world leads gastroenterologist Emeran Mayer, MD, Director of the Center for Neurobiology of Stress at the University of California, Los Angeles, to believe that, “it is unthinkable to think that the gut is not playing a critical role in mind states.”

The ENS and Emotions

The ENS may also trigger emotional swings experienced by people coping with irritable bowel syndrome and other functional bowel issues like constipation, diarrhea, and bloating. For decades, anxiety and depression was contributed to these conditions. However, studies have found evidence that trouble in the gastrointestinal system may send messages to the central nervous system that triggers mood changes.