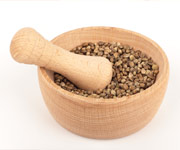 Hemp Seed’s Journey
Hemp (Cannabis Sativa L.) has been celebrated for thousands of years due to its high quality and durable fibers, which have been used to manufacture boat sails, carpeting, paper, and clothing. It most likely originated in the Himalayas before being brought to the Middle East and Europe by the Aryans and Christopher Columbus. Today, hemp seeds are used for a variety of dietary and medicinal purposes. China, Romania, and Australia are currently among today’s top producers of hemp and its products.1 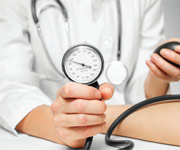 Chronic inflammation has been associated with age-related disorders including heart disease, diabetes, and cancer.2 The high intake of omega-6 fatty acids relative to omega-3 fatty acids in the typical Western diet creates an imbalance that drives low-grade chronic inflammation. Reducing omega-6- rich foods like vegetable oils and increasing your intake of hemp seeds, which have an excellent content of omega-6 to omega-3s, might be part of an effective strategy to optimally balance inflammation in the body.3

Furthermore, hemp seeds contain a wealth of the rare omega-6 fatty acid GLA that exerts strong anti-inflammatory activity. In the body, GLA is metabolized into dihomogamma-linolenic acid (DGLA), which interferes with the ability of arachidonic acid to make pro-inflammatory molecules.4,5 DGLA further modulates inflammation through its conversion to the anti-inflammatory compounds prostaglandin (PGE1).5 Additional evidence reported in the Journal of Clinical Immunology suggests that DGLA prevents an excessive output of interleukin-1 from monocytes, thereby controlling inflammation.6

What this means is that if your total cholesterol is 200 mg/dL and your HDL is 65 mg/dL, your ratio is 3.07, which places you at relatively low risk for death from a heart attack. For optimal risk reduction, the total cholesterol/HDL ratio should be less than 3.5. The problem is that as people age, total cholesterol often increases while protective HDL plummets. Ideal HDL levels are over 50-60 mg/dL.

This important total cholesterol to HDL ratio can be positively influenced by hemp seed oil, according to human research published in the European Journal of Nutrition. Scientists reported that participants consuming 1 ounce of hemp seed oil daily for four weeks lowered their ratio of total cholesterol to HDL, thereby protecting against the number one killer of Americans.8

Hemp seeds possess an abundance of the amino acid arginine.9 Arginine is a precursor to nitric oxide, a signaling molecule that protects against endothelial dysfunction, which underlies the development of atherosclerosis.10 Additionally, scientists at the Medical University of South Carolina observed a strong association between dietary arginine intake and C-reactive protein (CRP), an inflammatory marker associated with heart disease. They found that those consuming the highest amount of dietary arginine were 30% less likely to have elevated CRP.11

A separate study published in the Journal of Thrombosis and Haemostasis indicates that hemp seeds can help prevent the formation of dangerous blood clots that cause heart attacks and stroke. Scientists observed that rats fed 4 grams of dietary hemp seeds for 12 weeks increased blood levels of the omega-3 fatty acid ALA, which in turn inhibited platelet aggregation.12

In addition to decreasing the likelihood of a heart attack, hemp seeds might favorably alter cardiac performance after a heart attack has occurred. Restoration of blood flow to cardiac tissues (reperfusion) after a heart attack contributes to the generation of reactive oxygen species that induce contractile dysfunction and arrhythmias, which further damage the heart in a process referred to as ischemia-reperfusion injury.13 Researchers demonstrated that rats fed hemp seed oil daily for 12 weeks had better post-recovery performance from this serious damage compared to a control group, as the result of significant improvements in heart muscle function.14

Atopic dermatitis, also known as eczema, is a chronic inflammatory skin disorder affecting an estimated 17 million US adults and children.15 Skin dryness and itchiness are hallmark symptoms of the condition, with persistent scratching leading to additional complications such as a rash and other opportunistic infections.16 With their favorable fatty acid profile and high concentration of vitamin E, hemp seeds might provide the perfect mixture to enhance skin quality in those with atopic dermatitis.

To test the effects of hemp seed oil on the clinical symptoms of atopic dermatitis, Finnish researchers performed a randomized, controlled crossover trial wherein participants ingested either 2 tbsp of hemp seed oil or olive oil daily for eight weeks, followed by four weeks of no treatment. Participants then switched to the opposite treatment for another eight weeks. Subjects were instructed to maintain their normal diet and avoid skin creams.

During the hemp seed oil phase, participants experienced a statistically significant decrease in skin dryness of 29.4% and skin itchiness of 39%, whereas no significant changes were seen during the olive oil phase.17 These positive changes in skin quality are believed to be related to the beneficial improvements in subjects’ plasma fatty acid profiles.

Few seeds can match the nutrient profile of hemp seeds as a rich source of the omega-3 precursor ALA and hard-to-find beneficial GLA. Together, these health-promoting nutrients quell inflammation, enhance cardiovascular protection, and ease eczema symptoms.

Although hemp is derived from the marijuana plant (Cannabis Sativa L.), it contains minuscule concentrations of the psychoactive ingredient tetrahydrocannabinol (THC). Therefore, hemp seeds can be enjoyed as a regular part of your daily diet without the worry of experiencing psychoactive effects.3

If you have any questions on the scientific content of this article, please call a Life Extension® Health Advisor at 1-866-864-3027.