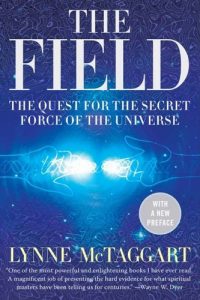 The Field: The Quest for the Secret Force of the Universe

In this groundbreaking classic, investigative journalist Lynne McTaggart reveals a radical new paradigm—that the human mind and body are not separate from their environment but a packet of pulsating power constantly interacting with this vast energy sea, and that consciousness may be central in shaping our world. The Field is a highly readable scientific detective story presenting a stunning picture of an interconnected universe and a new scientific theory that makes sense of supernatural phenomena. Documented by distinguished sources, The Field is a book of hope and inspiration for today’s world. 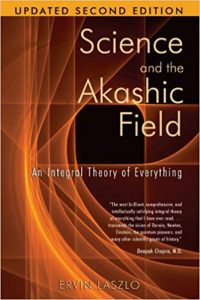 Science and the Akashic Field: An Integral Theory of Everything

Presents the unifying world-concept long sought by scientists, mystics, and sages: an Integral Theory of Everything

Mystics and sages have long maintained that there exists an interconnecting cosmic field at the roots of reality that conserves and conveys information, a field known as the Akashic record. Recent discoveries in vacuum physics show that this Akashic Field is real and has its equivalent in science’s zero-point field that underlies space itself. This field consists of a subtle sea of fluctuating energies from which all things arise: atoms and galaxies, stars and planets, living beings, and even consciousness. This zero-point Akashic Field is the constant and enduring memory of the universe. It holds the record of all that has happened on Earth and in the cosmos and relates it to all that is yet to happen.

Wholeness and the Implicate Order 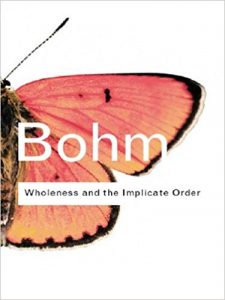 David Bohm was one of the foremost scientific thinkers and philosophers of our time. Although deeply influenced by Einstein, he was also, more unusually for a scientist, inspired by mysticism. Indeed, in the 1970s and 1980s he made contact with both J. Krishnamurti and the Dalai Lama whose teachings helped shape his work. In both science and philosophy, Bohm’s main concern was with understanding the nature of reality in general and of consciousness in particular. In this classic work he develops a theory of quantum physics which treats the totality of existence as an unbroken whole. Writing clearly and without technical jargon, he makes complex ideas accessible to anyone interested in the nature of reality.