Dying To Be Me: My Journey from Cancer, to Near Death, to True Healing

In this truly inspirational memoir,Anita Moorjani relates how, after fighting cancer for almost four years, her body-overwhelmed by the malignant cells spreading throughout her system-began shutting down. As her organs failed, she entered into an extraordinary near-death experience where she realized her inherent worth . . . and the actual cause of her disease. Upon regaining consciousness, Anita found that her condition had improved so rapidly that she was able to be released from the hospital within weeks . . . without a trace of cancer in her body! Within these pages, Anita recounts stories of her childhood in Hong Kong, her challenge to establish her career and find true love, as well as how she eventually ended up in that hospital bed where she defied all medical knowledge. As part of a traditional Hindu family residing in a largely Chinese and British society, she had been pushed and pulled by cultural and religious customs since she had been a little girl. After years of struggling to forge her own path while trying to meet everyone else’s expectations, she had the realization, as a result of her epiphany on the other side, that she had the power to heal herself . . . and that there are miracles in the Universe that she had never even imagined. In Dying to Be Me, Anita freely shares all she has learned about illness, healing, fear, “being love,” and the true magnificence of each and every human being! This is a book that definitely makes the case that we are spiritual beings having a human experience . . . and that we are all One! 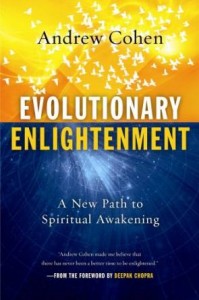 THE NEW SPIRITUALITY IS ALL ABOUT EVOLUTION

In Evolutionary Enlightenment: A New Path to Spiritual Awakening, Cohen redefines spirituality for our contemporary world–a world characterized by exponential change and an ever-expanding appreciation for the processes of evolution. Based on 25 years of groundbreaking work as a spiritual teacher and the editor-in-chief of the award-winning EnlightenNext magazine, Cohen has synthesized an original path, practice, and philosophy focused entirely on aligning yourself with what he calls “the evolutionary impulse.”

His message is simple, yet profound: Life is evolution, and enlightenment is about waking up to this fundamentally creative impulse as your own deepest, most authentic self–so that you can play an active role in creating the future.

EMBRACING CHANGE AS YOUR SPIRITUAL PRACTICE

Change is a constant in today’s world. Technology is accelerating, globalization is making the world more and more complex, and the pace of life seems to be speeding up every day.

While many popular forms of contemporary spirituality offer ways to feel better in the face of overwhelming change–to discover greater equanimity, detachment, or compassion–Andrew Cohen says that change is not something to be avoided, or merely tolerated, but an essential aspect of reality that needs to be consciously embraced.

Through his five fundamental tenets for living an enlightened life, Cohen empowers you to wholeheartedly participate in the process of change as your own spiritual practice. In doing so, he not only makes deep sense of life today; he shows you how to play an active role in shaping the world of tomorrow. 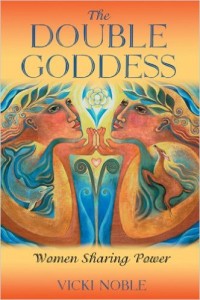 The first book to seriously study the double goddess that figures prominently in Neolithic and Bronze Age cultures.
• Offers an important symbol for modern women seeking to reconnect with their ancient, integral sense of self and wholeness.
• Presents an archetype for the sacred potential of female bonding, whether between mother and daughter, teacher and student, friends, or lovers.
• Illustrated with 149 examples of double goddess images.
Numerous figures depicting two women in intimate relation with one another, or as a single body with two heads, have been discovered in important centers of early civilizations such as Catal Huyuk and Gozo. These have been routinely ignored by scholars or dismissed as mere dolls with no sacred connotations whatsoever. Vicki Noble shows, to the contrary, that this double goddess is an ancient icon that can considerably expand our understanding of female sovereignty, as well as provide contemporary women with a way to reconnect with the integral sense of self and wholeness enjoyed by their ancestors.

Ancient Goddess religion was informed by the organic cycles of nature–the dual poles of Life and Death. The double goddess represents phenomena such as the Earth-Moon pair, the Upper-Underworld pair, the Summer and Winter poles of the seasonal year, and the dual poles of the female biological reality of menstruation and ovulation–the dark and the light. The double goddess in all her varied forms also depicts the vast array of potential relationships women can form with themselves and each other. This book is a celebration of an archetype that not only empowers women, but also teaches them how to share that power with each other.