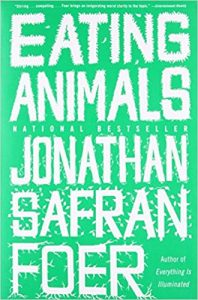 Bestselling author Jonathan Safran Foer spent much of his life oscillating between enthusiastic carnivore and occasional vegetarian. For years he was content to live with uncertainty about his own dietary choices-but once he started a family, the moral dimensions of food became increasingly important.

Faced with the prospect of being unable to explain why we eat some animals and not others, Foer set out to explore the origins of many eating traditions and the fictions involved with creating them. Traveling to the darkest corners of our dining habits, Foer raises the unspoken question behind every fish we eat, every chicken we fry, and every burger we grill.

Part memoir and part investigative report, Eating Animals is a book that, in the words of the Los Angeles Times, places Jonathan Safran Foer “at the table with our greatest philosophers” -and a must-read for anyone who cares about building a more humane and healthy world. 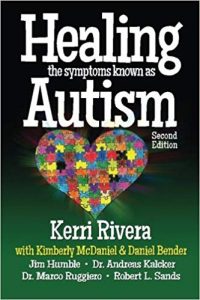 Healing the Symptoms Known as Autism

In the seven months since the release of the first edition of this book, 22 more children have lost their autism diagnosis and returned to a state of health, for a total of 115 recovered children and counting. Hundreds more have lost ATEC points, as well as shown many cognitive, behavioral, emotional and physical gains thanks to the protocol outlined in these pages.

This edition includes all protocol updates and a whole lot more including: (1) how to heal older, self-injurious and/or aggressive children; (2) GcMAF and its role in healing autism; (3) gluten’s role in molecular mimicry and autoimmunity; (4) a new method of CD preparation; (5) an improved and easier to follow parasite protocol; along with (6) a special calendar so you know what to do when; (7) many new testimonials from parents sharing their real-life experiences using this protocol; and much more… 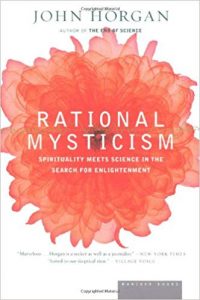 Rational Mysticism: Spirituality Meets Science in the Search for Enlightenment

John Horgan, author of the best-selling The End of Science, chronicles the most advanced research into the mechanics—and meaning—of mystical experiences. How do trances, visions, prayer, satori, and other mystical experiences “work”? What induces and defines them? Is there a scientific explanation for religious mysteries and transcendent meditation? John Horgan investigates a wide range of fields — chemistry, neuroscience, psychology, anthropology, theology, and more — to narrow the gap between reason and mystical phenomena. As both a seeker and an award-winning journalist, Horgan consulted a wide range of experts, including theologian Huston Smith, spiritual heir to Joseph Campbell; Andrew Newberg, the scientist whose quest for the “God module” was the focus of a Newsweek cover story; Ken Wilber, prominent transpersonal psychologist; Alexander Shulgin, legendary psychedelic drug chemist; and Susan Blackmore, Oxford-educated psychologist, parapsychology debunker, and Zen practitioner. Horgan explores the striking similarities between “mystical technologies” like sensory deprivation, prayer, fasting, trance, dancing, meditation, and drug trips. He participates in experiments that seek the neurological underpinnings of mystical experiences. And, finally, he recounts his own search for enlightenment — adventurous, poignant, and sometimes surprisingly comic. Horgan’s conclusions resonate with the controversial climax of The End of Science, because, as he argues, the most enlightened mystics and the most enlightened scientists end up in the same place — confronting the imponderable depth of the universe.