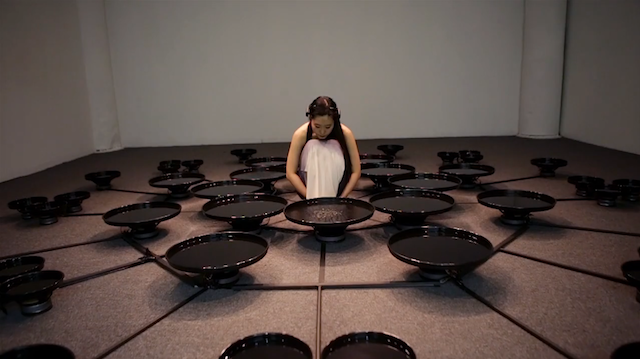 “Brain power” takes on a literal meaning when it comes to EEG painting, mind-responsive furniture, and the work ofLisa Park. Park combines EEG scanning with speakers and pools of water to visualize her thoughts and emotions. Last year, she exposed her brain patterns to the world with Eunoia, in which she placed five water-filled metal plates atop speakers designed to respond to her real-time brain data. In that project, Park sorted the data into five emotions—sadness, anger, desire, happiness, and hatred, one per plate. But the latest iteration of the project takes the experiment to the next level:

Eunoia II is outfitted with 48 vibration pools, inspired by the 48 emotions philosopher Baruch Spinoza outlined in his book, Ethica, like frustration, excitement, engagement, and meditation. Each speaker vibrates according to Park’s brain wave-interpreting algorithm, which tranforms intense signals from Park’s Emotiv EEG headset into intense vibrations in the pools of water. Here, Park is literally putting her inner struggles on display, and the whole show depends on how she deals with her feelings.

“I started working with biosensors especially EEG headset, because I questioned, ‘how can I take this invisible energy and emotions and make it visible?'” Park told The Creators Project. “When I am feeling certain emotions (anger, sadness, happiness), I believe that what’s inside me, more than 60% of water in human body, will create vibrations/energy within myself. So, I wanted to create an artwork that represents the inner part of myself.”

Eunoia II metaphorically gives Park’s inner self faculty and visibility, continuing the exploration she began in her firstEunoia performance, tenfold. 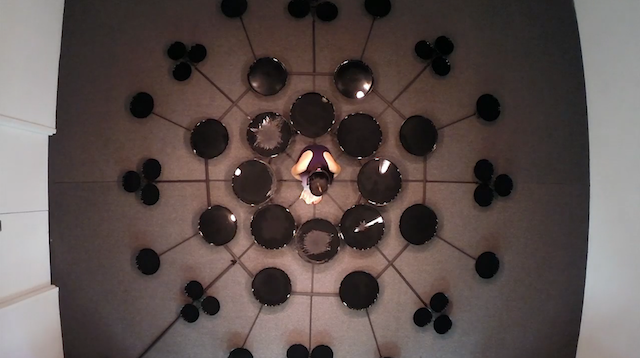 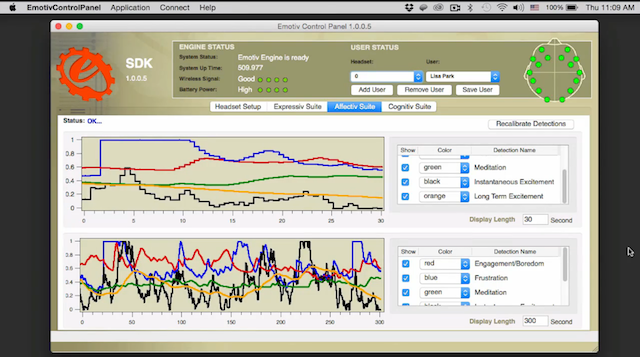 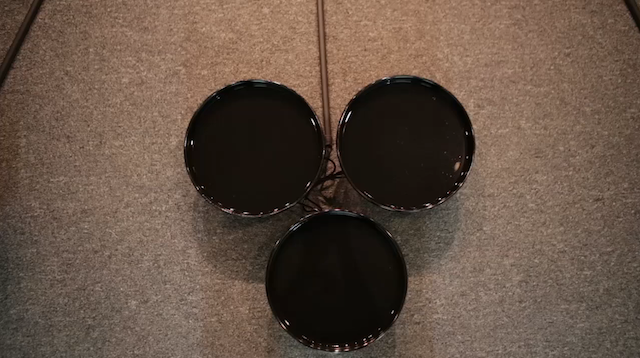 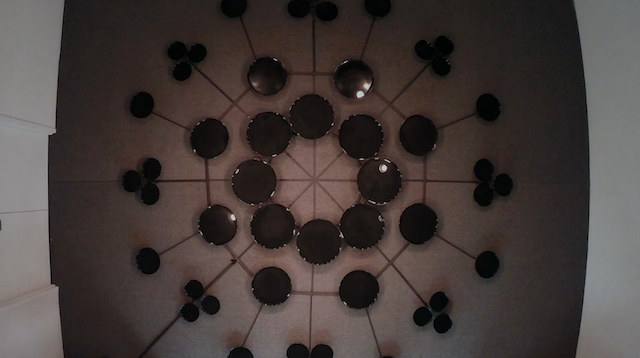