Ayahuasca is the commonly used name to describe a sacred Amazonian tea made from a combination of Chakruna leaves and Ayahuasca vine, and has been used traditionally across the Amazon basin in South America including Brazil, Peru, Colombia, Bolivia, and Ecuador continuously for thousands of years and is still used today by many indigenous tribes.

Ayahuasca means “Vine of the Spirit” or “Vine of the Dead”. In other parts of South America it is also known as Uni, Iowaska, Yagé, Caapi, Daime, Hoasca, Vegetal and Natema. It has also become well known amongst the more contemporary western populations and its use has been adapted into more modern cultural forms. This has led to a noticeable growth of  so called “ayahuasca resorts”.

The Healing Properties of Ayahuasca

Shamans claim that ayahuasca is a healing medicine and perform “ayahuasca healing” rituals. They say that “mother ayahuasca” or “la medicina” can be used for different purposes such as personal transformation, spiritual initiations, communication with the spiritual realms, dance and music rituals, for hunting (to locate prey), religious rituals and magical practices.

Legally, yage or ayahuasca in Brazil can be used specifically for religious and spiritual purposes. Usually, the ceremony is supervised and mediated by an initiated spiritual leader (“shaman”) who understands intimately the spiritual dimensions of ayahuasca.

Note: The term “shaman” is often used to describe the spiritual mediator of ayahuasca ritual and these people would usually act as an intermediary between the human and the inter-dimensional spiritual realms. These days however, the term shamanism has been diluted to include ley practitioners, charlatans and dabblers who may or may not be initiated. Although being initiated does not guarantee the shaman has a real connection with the spiritual realm or is an ethical healer. 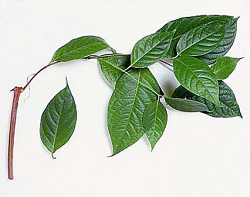 The mix of sacred plants used in the tea can vary from region to region. It usually includes a combination of Banisteriopsis Caapi, the ayahuasca vine that inhibits the MAO, with the leaves of another plant that contains DMT (dimethyltryptamine) such as Psychotria Viridies or Chakruna. There is much scientific information available about these plants and their effects on the human body and mind.

The Spirit Vine Retreat Center provides a safe space for those who choose to participate in the ayahuasca ceremonies during the retreats. Silvia Polivoy facilitates all the ceremonies here and it is our belief that the real teacher is the spirit of the plant. The ceremonies are held in our purpose built ceremony room and participants form a sacred circle that is maintained for the duration of ceremony.

Most people who ingest ayahuasca report that they experience a profound spiritual reality and this often includes communion with the spirit that is also known as ayahuasca. This spiritual entity displays wisdom and intelligence that teaches and guides people into having deep, spiritual insights about the nature of reality, the universe and our existence within the material world.

During an iowaska or ayahuasca ceremony, participants can experience a wide variety of effects that inspire physical, mental, emotional and spiritual revelations. 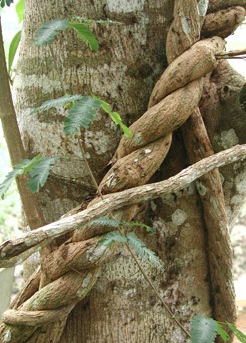 Because people usually carry deep emotional pain, unconscious blockages or strong ego identification into their journey which creates heavy “baggage”, the physical and mental purifications facilitate the transmutation into a less dense state. A cleansing or purifying effect can manifest as nausea, which can lead to purging or vomiting. The sensation of nausea that some people experience is usually linked to blockages or resistance, and once the body has purged, the mind and emotional blocks may clear, and deeper spiritual realities can then be revealed.

The spirit of ayahuasca or yage has a very strong presence and seems to open a doorway into an unfathomable and infinite reality that the human “thinking” mind is unable to easily comprehend. Visions and feelings amongst a sea of interspecies and inter-dimensional beings is commonly reported. Also, a ‘communion’ that is seemingly guided by the intent of the person, the intelligence of ayahuasca and the help of our spiritual guides can take place.

Participants often report the presence of spiritual beings, spiritual healers that perform “surgeries” removing blockages. Problems or blockages are often amplified so that the root cause of behaviour patterns are easier to unveil. As a result of all this, extra strength is gained due to the reconnection to our inner power or with the source, and a desire for a more authentic way of life that is more in accordance with a person’s true essence may come to the surface.