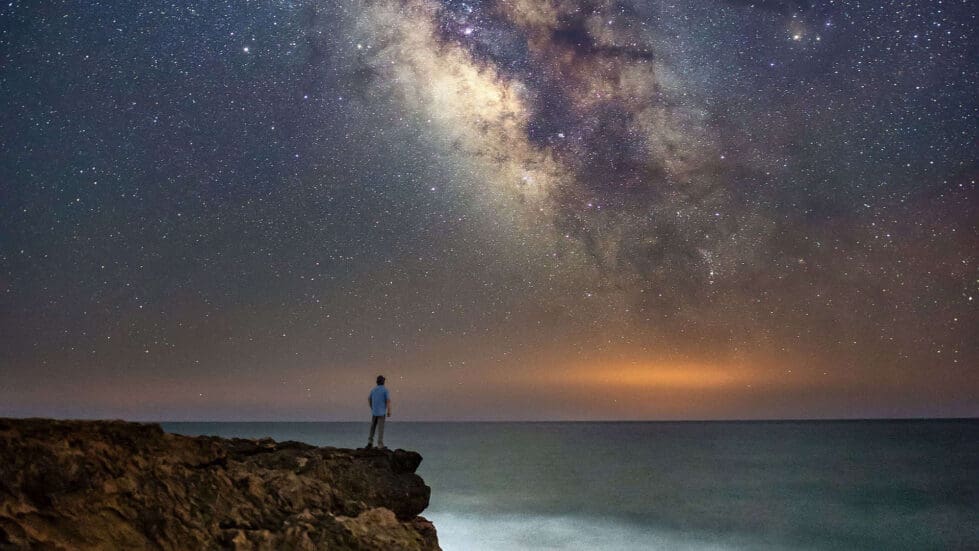 Metaphysics is defined as a branch of philosophy – the study of general and fundamental questions about existence, knowledge, values, reason, mind, and language – that examines relationships between potential and actual, mind and matter, and substance and attribute.

The word itself comes from two Greek words that literally mean after, beyond, behind, or among the study of the natural. Metaphysics is the study of what types of existence there are and what it is for something to exist. Using deduction, it aims to provide a coherent structure of the world – explaining every day and scientific perceptions.

Metaphysics ask questions beyond physical and human science – including all religions – and transcending them all, like the nature of reality, the origin of creation, and if the world exists outside the mind. Aristotle – a Greek philosopher – divided his metaphysics into three main sections which remain the branches of metaphysics today:

Metaphysics has become a description within many fields of interest including:

The common factor in all of these subjects is the exploration of reality and how this knowledge can benefit human life on the earth – searching for truth, purpose, and meaning. Metaphysics acknowledges and respects the beauty in all of God’s creations, and is a branch of philosophy that studies the ultimate nature of existence.

Metaphysical relates to the part of philosophy that’s all about understanding existence and knowledge. Metaphysical teachers or organisations engage in the search for truth, purpose, and meaning in life, not isolated from basic spiritual questions. There are many paths that are travelled on the way to finding the truth.

is a metaphysical belief?

The two perspectives about the world within the metaphysical study are that objects studied exist independently of any observer so that the subject is the most fundamental, that reality exists independently of the mind and it is called realism.

Or that the objects studied actually exist in the mind of the observer, so the subject becomes a type of introspection and conceptual analysis, it is known as idealism.
Examples of metaphysical concepts include:

These are all fundamental as all other concepts and beliefs rest on them. The definition of a metaphysical truth is the truth of ultimate reality as a part or whole transcendent of perceived actuality and experience.

What does metaphysical mean?

In modern philosophical terminology metaphysical refers to analysis of what cannot be reached through objective studies of material reality. Typical issues include transcendence and being, existence in individual and communal dimensions, and the relations of metaphysics to other disciplines.

Metaphysical propositions aren’t statements of fact, more statements of speculation as to whether there is an afterlife or not, for instance. Metaphysical questions cover nature, space, time, motion and change, alongside many other issues.

What is my purpose

During our retreats at the Spirit Vine retreat center, integrating the spiritual, philosophical, and metaphysical to explore what it is beyond this existence like past life regressions or parallel realities, symptoms as metaphors, entity attachments and discovering the causes of our blockages using techniques of transpersonal psychology, guided imagery exercises, modified states of consciousness. The purpose of our retreats and workshops is spiritual development, teaching how to reconnect with the higher self, teaching techniques to help participants the importance of assuming complete responsibility for their life and decisions and going to the heart of what is valued.