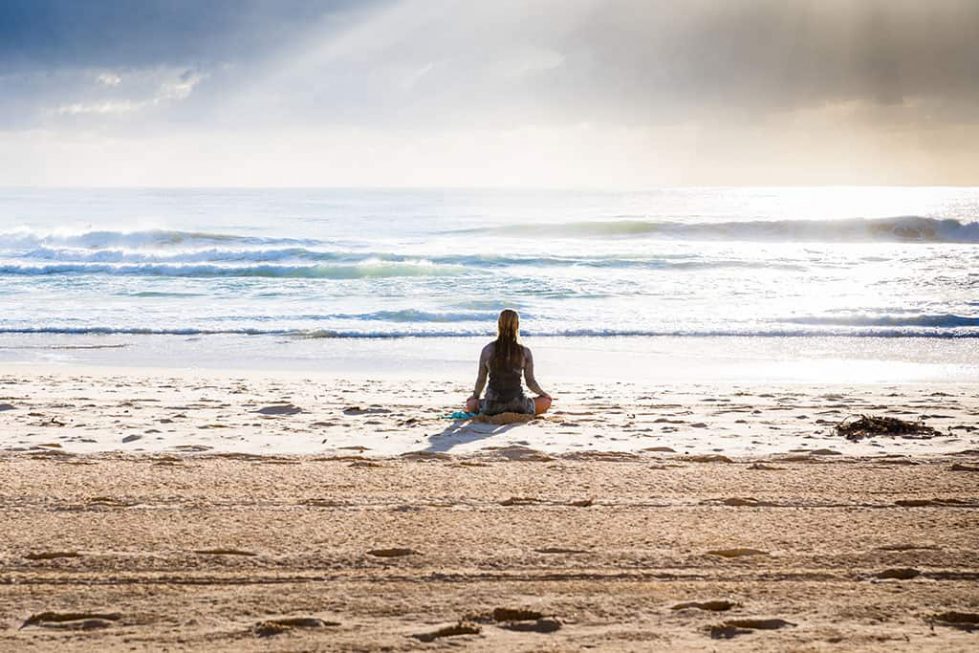 Mantra meditation is an ancient practice. It originated in Hindu and Buddhist sacred word recitation. But it has since spread to all kinds of faith-based practices, including Muslim, Christian and Jewish in addition to a widespread range of other belief systems as well as completely secular mindfulness practices.
But whether you practice your chanting meditation to help you get a little peace of mind or focus, whether it’s a part of your local yoga classes that you’ve always been interested in, or it’s part of your everyday religious observances, there’s a lot to know about the humble mantra…

In this article, we’ll take a look at the meanings, forms, history and scientific evidence behind the beneficial power of mantra meditation.

What is a mantra?

In its simplest form, a mantra is a sound – a syllable, word or an entire phrase – which is repeated during meditation.

A mantra can be silent, recited only inside the mind, or it can be whispered, spoken or chanted aloud. A mantra also may or may not have a proper linguistic structure and an actual meaning.

While many people in the west, especially in business, use the word mantra in a vague or imprecise way – “oh it’s our mantra here”, you might hear someone say – a mantra is actually a sacred utterance to many people.

What does mantra mean?

The actual meaning of mantra comprises the two parts of the word:

The form, structure, perception and use of mantras mean different things to different people and groups. Some mantras have no precise meaning. Others are beautiful poetry written in symbolic format.

The earliest mantras known to exist were written in Vedic Sanskrit in India more than 3000 years ago. Various schools in Hinduism, Buddhism, Sikhism and Jainism use these and many other different mantras in their practices.

You can also find mantras, referred to as Shingon, in Japanese tradition. That’s not to mention those chants used in Zoroastrianism, Taoism and Christianity, Islam and Judaism.

One of the simplest yet most highly regarded and best-known mantras is the word Om (sometimes spelled Aum).

Om is said to be the sound made by the creation of the universe and to contain every other kind of sound which has ever, or could ever, exist.

Om is sometimes recited alone as a mantra in its own right. The om mantra is also sometimes the base for more complicated mantras which use it as the base. For example:

In other faiths, there are many simple often-used mantras, including

But mantras can be much longer and more complex. For example, take this Ganesh mantra from India:

Ganesh, who is widely regarded as the patron of arts, sciences, intellect and wisdom, is here hailed for his other ability, as remover of obstacles.
Many more complicated mantras – such as the mahamrityunjaya mantra – are verses from the Rigveda (an ancient Indian collect of Vedic Sanskrit poems). There are also numerous dedicated to the various deities and concepts of the Hindu faith, such as:

Why is chanting meditation so widespread?

For many people, chanting a mantra is part of their particular faith-based worship. Chanting is used to focus one’s attention deep within oneself. Or to connect with some sort of divine presence, whatever the worshiper conceives this to be.

In Buddhism, for example, there are no gods as such. Thus, the chanting is not designed to achieve connection with a divine presence but to focus on positive qualities and increase confidence.

Many other people use chanting for a wide variety of reasons – all of them widely diverging from religious practice of any kind.

Many people practice chanting meditation because it helps them with their sleeping problems. A classic sleeping mantra allegedly taught by the armed forces is simply “don’t think”!

Other people use mantras to boost their mental health, to battle negative emotions, anxiety and depression. At the Spirit Vine Center, retreat participants use mantra meditation for all of these reasons and more.

But overall, there’s one main reason why chanting mantras for meditation is so widespread:

Is using a mantra in meditation actually good for you?

Scientists have been experimenting with how meditation can modify mental and physical states since the 1970s. In Massachusetts General Hospital, researchers at the Benson-Henry Institute for Mind-Body Medicine have been using both Sanskrit and non-religious mantras in their research for decades.

The research seems to show that it doesn’t matter what the content of a mantra is. As long as the person reciting it is doing it properly, they become more relaxed and more likely to be able to cope with the stresses of daily life.

More recent studies at Linköping University in Sweden and the University of Haifa in Israel found similar things when studying part of the brain called the default mode network. This part of the brain is the one which is active when your mind wanders or when you are participating in self-reflection.

This is important. Because when it comes to your mental health, if your default mode network is overactive you may be having – in a sense – too many thoughts.

Research participants at the University of Haifa reported that they felt more relaxed and had fewer thoughts after the simple echad, echad, echad (“one, one, one”) chant which they used.

The neuroscientists at Linköping University used imaging tools to actually map the effect out. They found that the default mode network areas in the brain were suppressed the more mantra training their own participants took part in.

Should I give chanting mantras a try?

For some people, the idea of sitting around chanting “om” isn’t one they naturally associate with themselves.

But given that chanting meditation is scientifically-proven to be beneficial in certain cases – and given the fact that you can actually perform your mantra silently if you want to – there isn’t anything stopping you from giving it a try.

All you need to do is:

2. Get comfortable in a sitting or lying position

4. If it’s too complicated or you’re starting to get too fixed on it, slow down and relax

5. If another thought or feeling tries to enter your mind, acknowledge it and return to the mantra

It can take a while to get into the habit. But once you’ve started, the possibilities are endless.