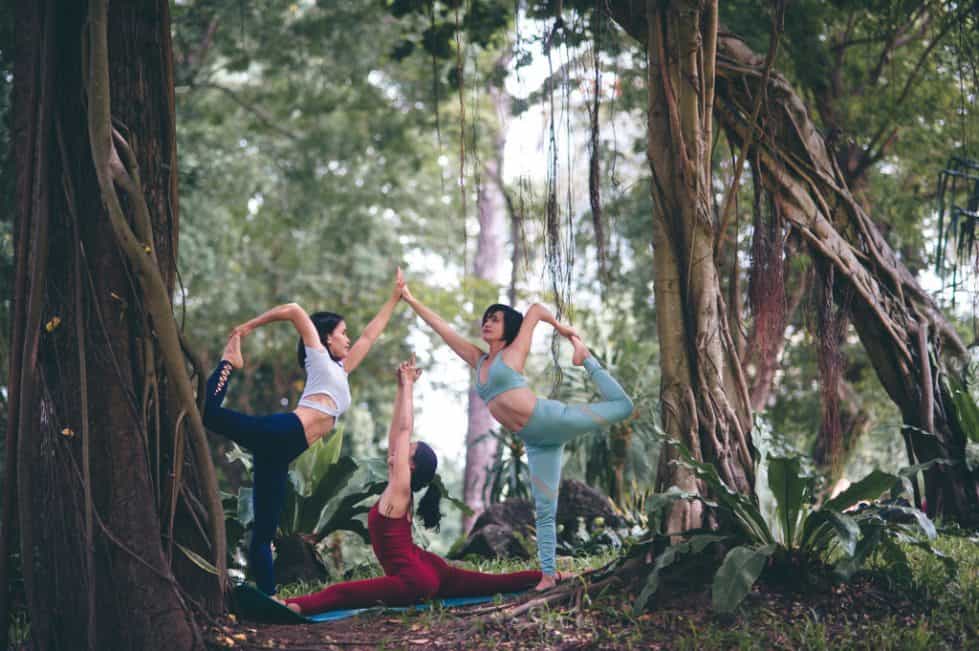 Yoga seems to be everywhere at the moment. From famous celebrities doing it to the yoga studios which seem to be popping up on the corner of every street. But where does yoga come from? Who discovered yoga?

Here you’ll find everything you need to know about the history of Yoga:

Where did yoga originate?

Yoga originated in India. The Indus Valley was one of the three places where civilization first began to grow in Africa, Asia and Europe. It was here that early physical, mental and spiritual disciplines began to grow together to form the practice which would come to be called yoga.

How old is yoga?

Any answer to the question “where is yoga from” has to include the aspect of time. Yoga is thought to be anywhere from 5000 to 10,000 years old. But it has been developed – first into an actual system, then several different systems – throughout this history.

So, when was yoga developed?

It was first mentioned in the Vedas. These are a collection of sacred songs, mantras and rituals on the themes of science, mathematics and astronomy, art and culture, ethics and morality as well as several other subjects. Anything which the ancient Indus civilization thought worthy of being remembered and taught by the Vedic priests.

The Vedas come in four different parts. It’s in the part called the Upanishads that the first references to yoga are found. You can also see references in other archaeological artifacts of that period. The teachings continue down the years, finding their way into the Bhagavad Gita and the Shanti Parva in the Mahabharata (one of the two major Sanskrit epics of ancient India) in around 500 BCE.

But it wasn’t until the second century that there are records of a true system of yoga being recorded. The sage Patanjali wrote the Yoga Sutras, for which he is often referred to as the “Father of Yoga.” He went into a great deal of detail about the discipline, giving future students something to refer to.

The history of yoga is widely said to have passed through four phases:

Is Yoga a religion?

Yoga is a Hindu philosophical tradition. It was originally practiced by the people of the Indus valley as a means of spiritual growth as well as mental and physical discipline. The goal was to use the mind and body to attain spiritual enlightenment. The name itself comes from the Sanskrit word yuj, which means “union.” And it was a union between the individual and the entirety of existence which ancient yogis sought.

Four of the “Eight Limbs of Yoga” mentioned by Patanjali in his Yoga Sutras are elements which are common to many religions and those who practice them throughout the world:

But is yoga actually a religion? Not exactly. But it does originate from practices which included the spiritual and continues to be used in this regard by yogis throughout the world today.

What are the effects of Yoga?

As well as having a deeply spiritual side, the practice of yoga has long been known for promoting a healthy mind and body. While studies using it to actually cure diseases show mixed results, those who practice it regularly ascribe to it all of the benefits one can obtain both through meditation and a good gym session.

From improving your posture to your flexibility to your stress levels, yoga actually does a lot for you.

The Indian Hindu monk Swami Vivekananda was one of the first to spread the teachings of yoga and Vedanta to the “west”. This was later expanded on by the man often referred to as the “Father of Modern Yoga” – T. Krishnamacharya. He revived the practice of Hatha Yoga and created Vinyasa Yoga. It was one of his students, Indra Dev, who spread yoga to the USA, Mexico, and China.

Today, yoga is practiced around the world. It contributes to other spiritual practices – ayahuasca retreats with yoga are increasingly common, for example – but in many ways, it no longer seems to be tied to any one religion. Certainly, its ancient practitioners might struggle to recognize some of the modern disciplines.

But the history of yoga has always been one of development and growth. Both in the art itself as well as in the spirits of the yogis practicing it.